Carine Magescas is a French photographer who moved to the US in 1998. After 15 years in California, she now lives and works in New York.

“The Surge” portraits some of most iconic surf beaches in America – from the coast of Northern California to Montauk, the far East of the Hamptons, known as “The End” – always off-season. 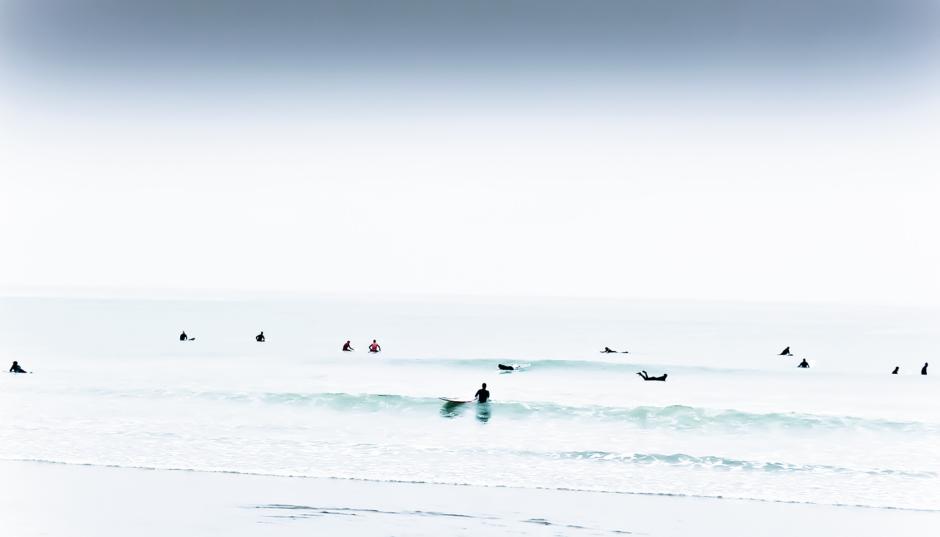 Magescas’ vision is endowed with a placeless, timeless sensibility. Through delicate overexposure and a minimalist approach, Magescas’ captures a luminous haven of subdued serenity, allowing the viewer to be absorbed in dreamy seascapes. The surfers are slivers of elegant darkness, dissolving in the sleekness of the water. Off-season means quiet, but by no means static – the vast expanses of the beaches in the images, rid of all seasonal furor, brings a minimalist sophistication to each image and elevate them into the realm of fine art.

“Like Saul Leiter, whom I greatly admire, I think there is beauty in the ordinary” says Magescas. “I am particularly drawn to composition that captures a sense of abstraction, with multiple layers. When a second look at a photograph reveals more than what you first thought you saw.” 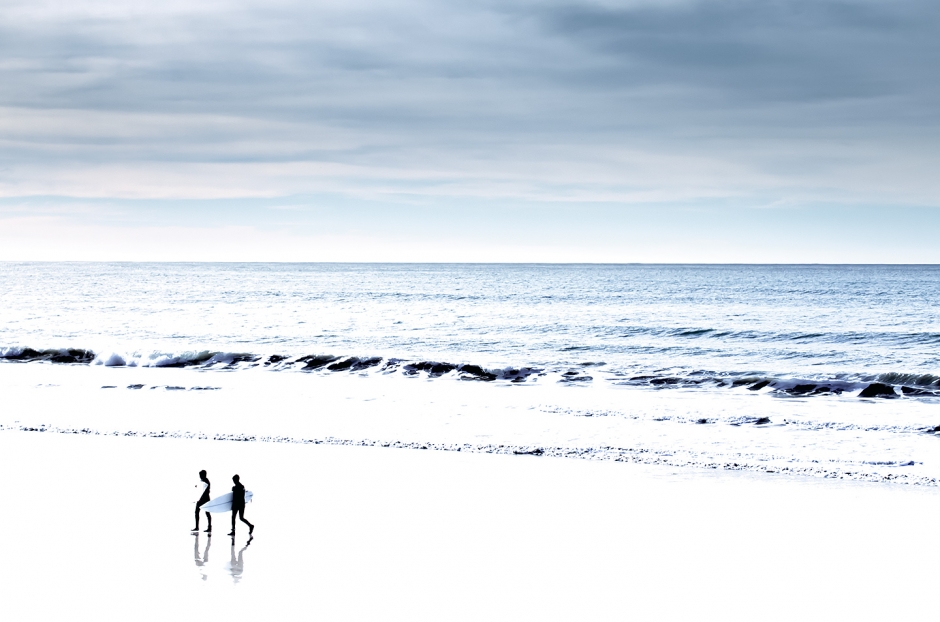